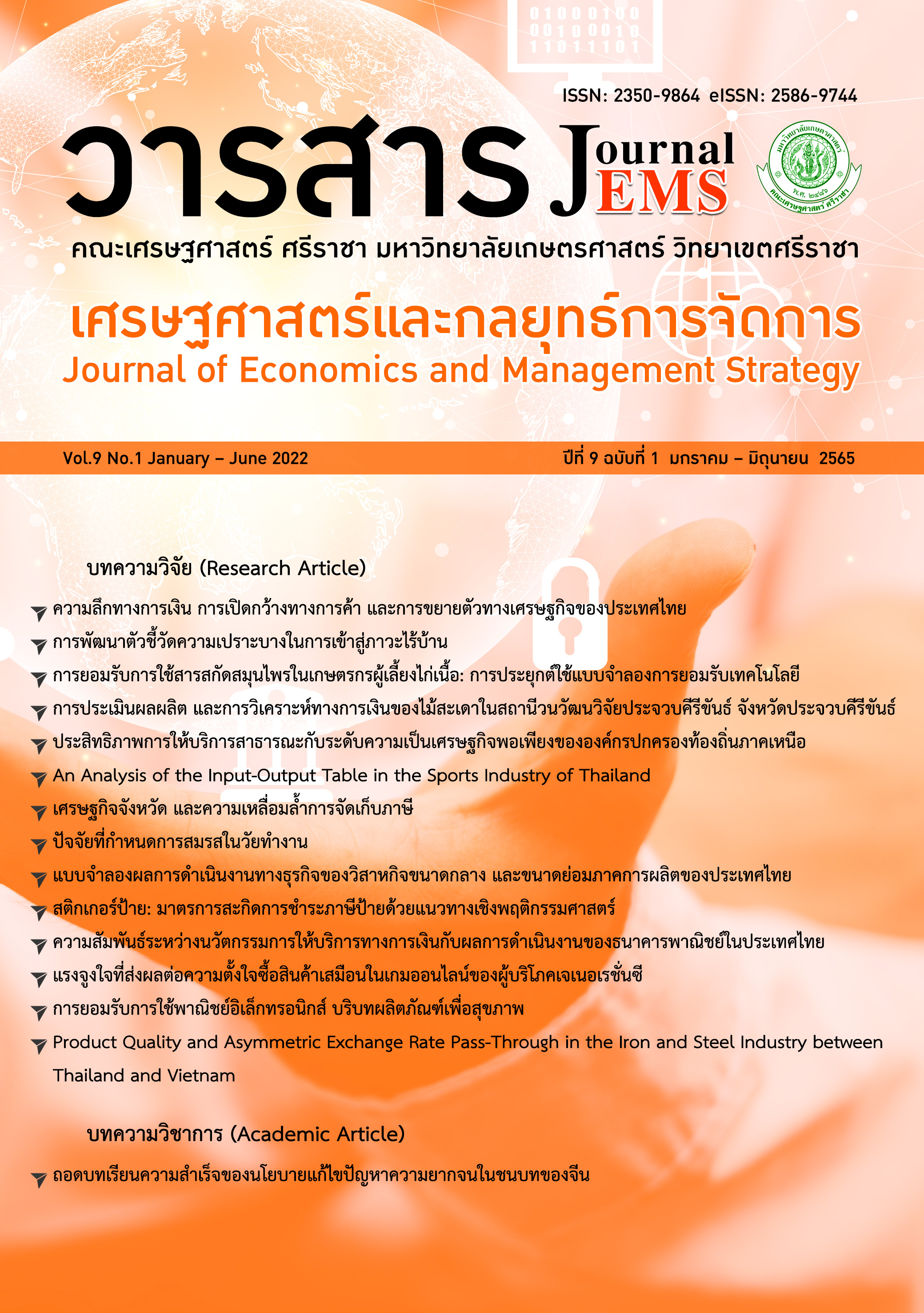 The study aims to construct the Input-Output table of Sports Industry in Thailand. This study concerns the mainly Sports especially Soccer, Futsal and Thai boxing. The Sports Input-Output table, focusing on the Producer price, is fundamentally consistent with the 180 x 180 Input-Output table of Thailand, officially generated by the Office of the National Economic and Social Development Council. Both primary and secondary data are employed in the research. The findings show the Value Added from Thailand’s Sports Industry accounted for 1.76 percent of Thailand national income in 2017. From those mentioned results, Soccer ranked the first, followed by Thai boxing and Futsal respectively. The result confirms the Sports Industry is the important part of Thailand economy.