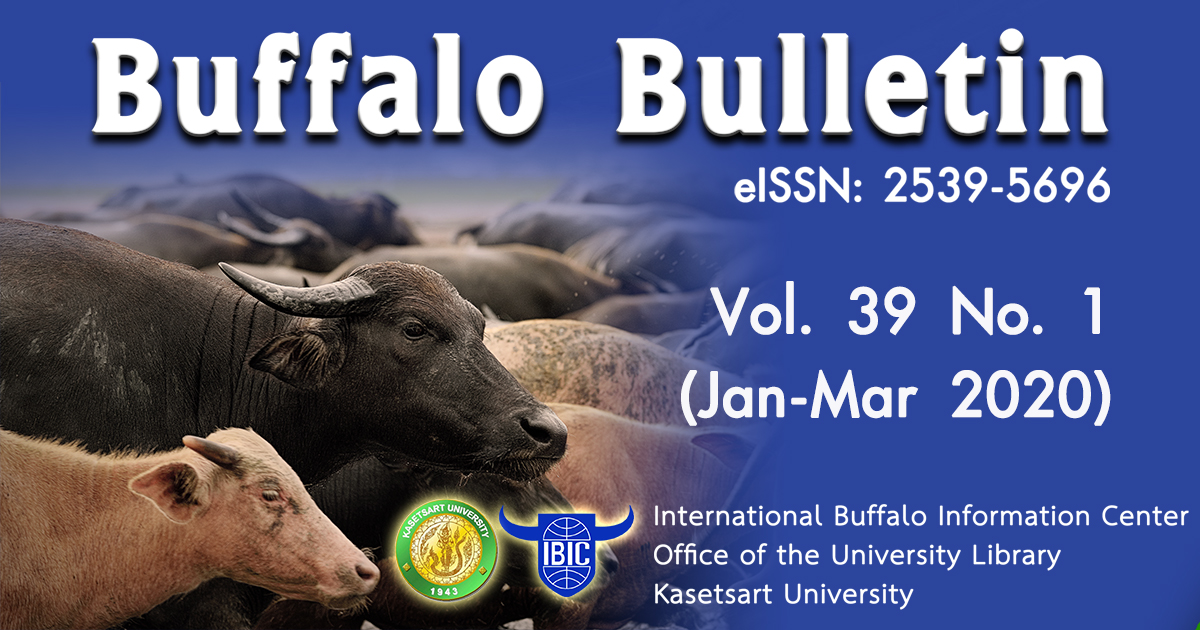 Estrus synchronization (ES) in tandem with artificial insemination (AI) is a breeding technique which expands the use of male germplasm for genetic propagation. However, in buffalo reproduction in general, the difficulty in estrus detection does not permit the accurate timing of AI leading to low reproductive efficiency. The present study was conducted to evaluate pregnancy rates following four ES protocols aimed at improving reproductive efficiencies of water buffaloes. Post-partum water buffaloes (n=262) with corpus luteum, with body condition score of ≥3, and with ovary size of ≥2 cm were used in this study. The animals were randomly allocated into four treatment groups: T1, control - ES with single injection of prostaglandin (PGF2α, 25 mg i.m.) and inseminated after 3 days; T2 - the same as T1 except that the administration of gonadotropin releasing hormone (GnRH; 100 μg i.m.) was done a day before AI; T3 - same as T2 but with the administration of GnRH on the day of AI; and T4 - same as T3 but with the administration of human chorionic gonadotropin (hCG; 1500 IU i.m.) at AI. Determination and confirmation of pregnancy through rectal palpation was done at day 60 post AI. Results of the present study revealed a significant difference (P<0.05) between the control and the treatment groups; however, no significant difference was observed among the three groups of ovulatory hormones. These findings suggest that the administration of ovulatory hormones improved pregnancy rate in water buffaloes and the use of GnRH or hCG at the time of AI is advantageous and cost-effective approach to conduct AI activities in the field.