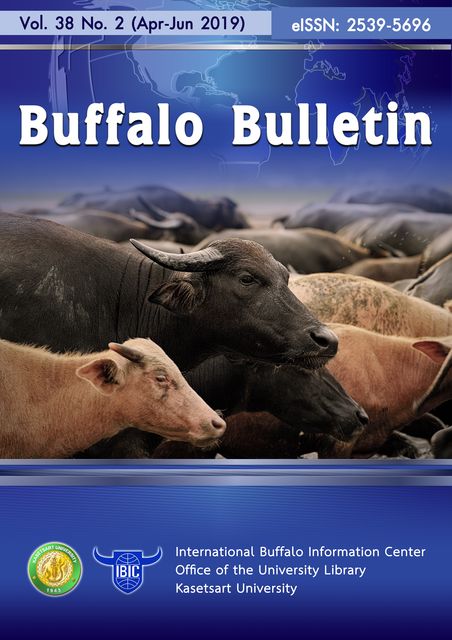 During the last years buffalo reproductive researchers have been tried to develop and apply fixed timed artificial insemination protocols to increase pregnancy rates to maximize improvement. The objective of this paper is to evaluate the pregnancy rates of different protocols of synchronization (Ovsynch and progesterone implants) and resynchronization of ovulation in a meat water buffalo herd during reproductive season of 2016. 194 mature Mediterranean females, were randomly assigned to four different protocols, ultrasound evaluation were used to determine cyclicity (presence of corpus luteum or follicles ≥7 mm de diameter). 18 days after insemination all females were resynchronized and at day 25 ultrasound were performed, those nonpregnant females were inseminated 28 days after first insemination. All inseminations were performed by the same technician and only one bull was used. InfoStat software was used, statistical significance was considered when p value was lower than α of the 5%. No statistical significance were found within the protocols. Early embryonic dead 50 days after IA was 3.4%. Pregnancy rate was 47.9% and 53.5% for insemination and reinsemination respectively and the final pregnancy rate after the adjust for early pregnancy loss 73.2%, during the 28 days of the breeding period. The results obtained allow breeders to choose the best pharmacological option to use FTAI in their herds based on their own needs to improve production without affecting pregnancy rates.