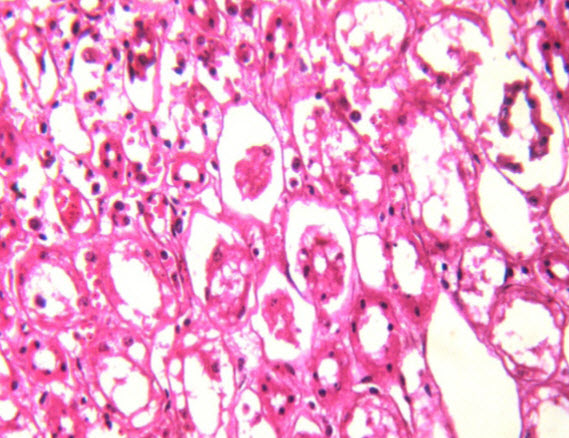 A 6 years old Murrah buffalo pregnant about 8 months was presented with the history of sudden bilateral distension of abdomen and obstetrical examination revealed that the uterus was distended with voluminous quantity of fetal fluid. The pregnancy was terminated and 60 h after termination, the cervix was fully dilated and fetal membranes were intentionally ruptured which resulted in gushing of about 150 liters of watery amber colored allantoic fluid from the uterus which confirmed the diagnosis of hydrallantois. By normal traction, dead male fetus was delivered. The dead fetus was subjected to gross and histopathological examination to confirm the cause of hydrallantois.