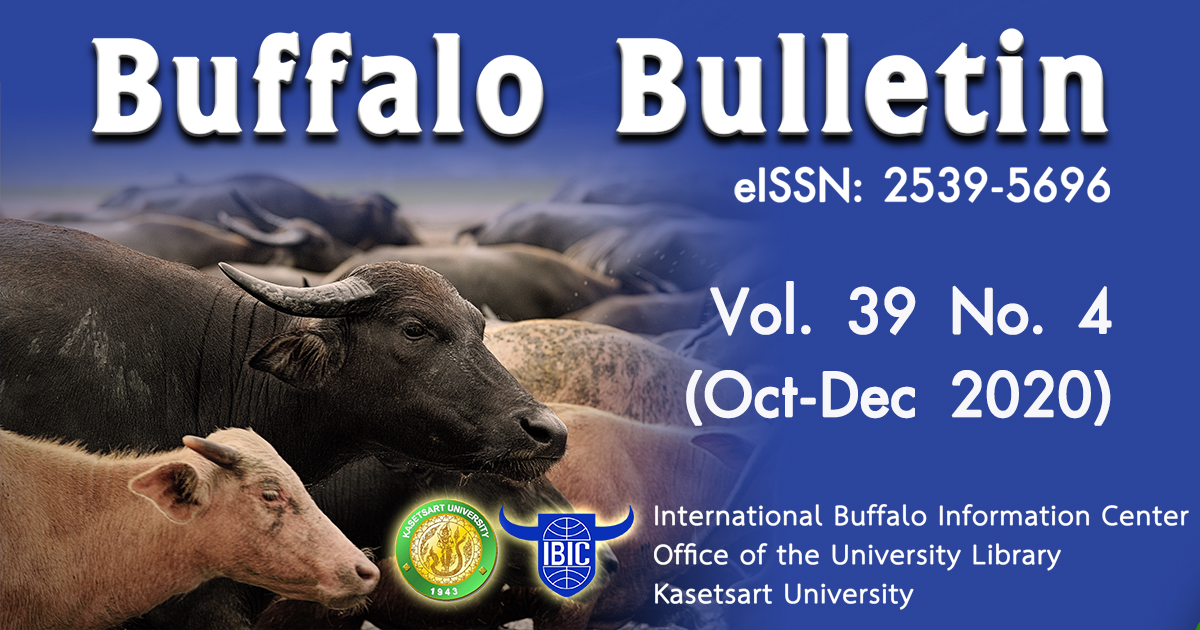 This study focused on finding the critical controlling points in the swamp buffalo milking and storage processes in an intensive farm setting over a 12 months period (between June 2018 and July 2019). The raw milk and pasteurized milk samples were randomly collected once a month for laboratory testing by standard plate count (SPC) and total coliform count (TCC). The model for the investigation and implementation of this study was taken from the dairy cattle industry - which involves similar, though not identical, problems and issues. The first phase of this study was the problem finding phase. The collected raw milk samples showed that both the SPC and the TCC were higher than standard values and both contained environmental bacterial contamination. Escherichia coli contamination was found to be caused by improper hygienic conditions i.e. poor personal hygiene, inadequate techniques and procedures to clean and disinfect the milking equipment and milking area or from after milking issues such as high temperatures during milk storage and transportation. In the problem solving phase, protocols of good hygiene throughout the milking process were suggested and implemented. The collected raw milk and pasteurized milk samples for SPC and TCC decreased to the standard values after hygienic improvements were implemented. The hygiene of the milk workers (such as the hand washing), the lack of staff duty separation and the failure to properly regulate the temperature during, and duration of, the raw milk storage were found to be the critical controlling points of this study. In the follow up phase, the SPC and TCC of the raw and pasteurized milk tested in the standard value range throughout the monitoring period. Our finding suggested that client education and monitoring at least once a month might be necessary in swamp buffalo dairy farms in order to ensure good practices in the milking process. This study could provide guidelines for the development of a hygienic swamp buffalo milk production protocols for private and government farms - and as a prototype for future developments in this industry.