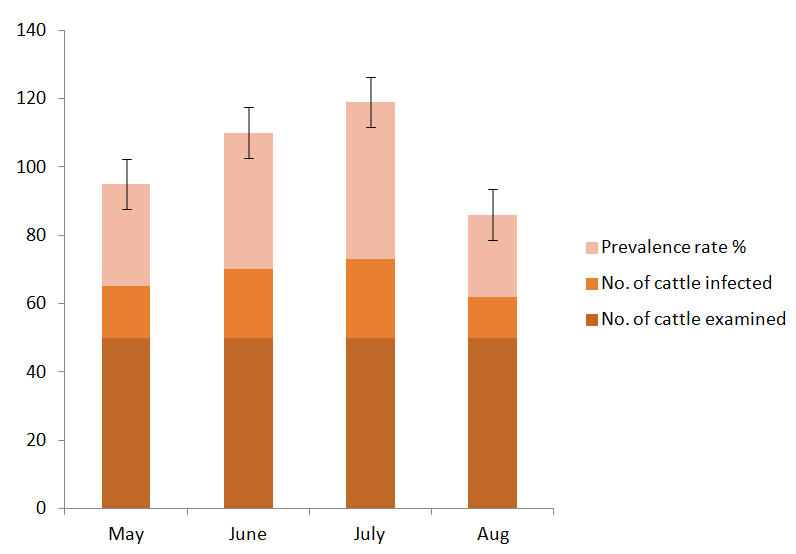 A total of 200 cattle of all age groups and sex were examined from various villages of Taunsa Sharif district Dera Ghazi Khan. The prevalence of babesiosis in cattle was investigated. The association between age, gender, season and prevalence rate are investigated by regression analysis. Blood samples were collected from tail vein of cattle in a tube containing EDTA. The collected samples were dispatched to Civil Veterinary Hospital, Taunsa Sharif for microscopic examination. Thin and thick blood smears were prepared and smears were stained by using Giemsa's staning technique. The smears were examined under microscope for the identification of Babesia. Out of these 200 samples, 70 samples were identified as positive for Babesiosis. Overall prevalence of babesiosis in these areas was recorded as 35%. The study was conducted during summer months (May 01, 2014 to August 29, 2014).