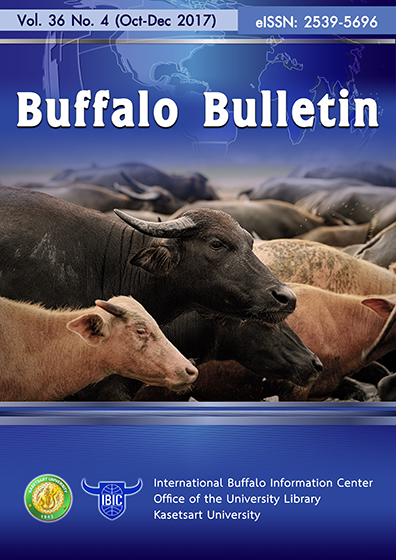 The aim of this study was investigate concentrations of blood plasma biochemical composition, minerals and progesterone on the day of estrus for buffalo cows in Minoufiya province in Egypt.

The current study was carried out in the veterinary units on 33 Egyptian buffalo cows that were chosen randomly on day of estrus and from 13 normal postpartum dairy buffalo cows (as a control group) that were chosen after about 6 to 12 h from parturition. In our study, initial blood samples were taken at the time of AI which was within the first 12 h between estrus and ovulation and hence all animals were at the same stage of the estrous cycle.