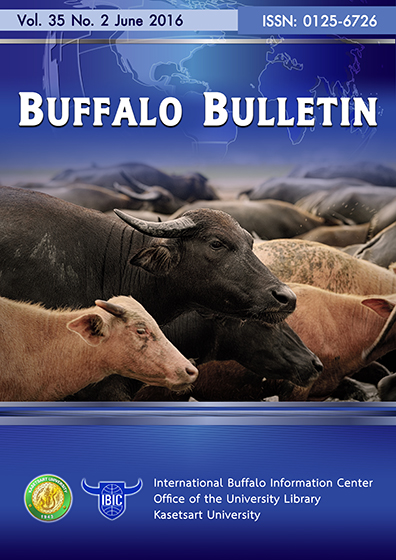 A study has been carried out to analyze the promoter region of ATP citrate lyase (ACLY) gene in Murrah buffalo (Bubalusbubalis) and native Vechur cattle. PCR amplification of the promoter region generated a fragment of 768 bp in both Buffalo and Vechur cattle.Sequence analysis revealed a few elements/consensus sequences, which have potential role in regulation of transcription. TATA box is found to be absent in the promoter region whereas, TATA like sequence, CAAT box, Cyclic AMP responsive element (CRE), Fat Specific Element (FSE), Enhancer core, Nuclear factor-k Binding site (NF-kB), E- box and inverted CAAT box are present. Comparison of these sequences between ruminants and non-ruminants revealed the presence of important sequence motifs such as, CRE, inverted CAAT boxes and a CAAT box situated far away from the transcription initiation site, together with the absence of a TATA box. All these findings correlate with down regulation of the gene resulting in a low level of expression in ruminants. Phylogenetic analysis of the nucleotide sequences revealed clustering of buffalo, Vechur cattle and Cattle on one clade and Rat and Human delineated from other species and clustered out on a separate clade.