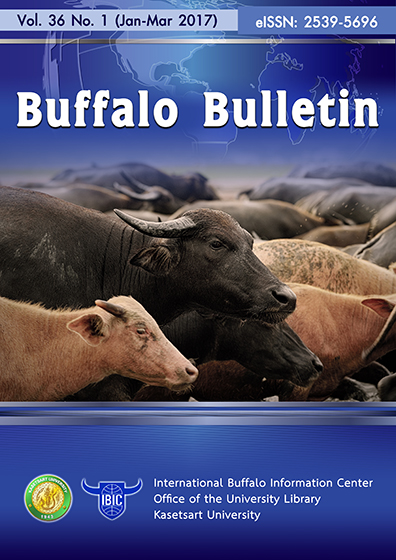 Cows and buffaloes sometimes produce milk which has an off-flavor (i.e. bad odor or offensive odor) and a bad taste. Although, there are multiple causes of this problem, the bad odor/bad taste of milk in Pakistan/India seems to be generally associated with certain feeds and presence of some weeds in the fodders. Flavor producing substances present in the feed or weeds are absorbed from the digestive tract into the blood, enter the udder, and appear in milk. The milk carrying abnormal and bad odor is not liked by the consumers and is many cases such milk has to be discarded by the producers. The problem of off-flavor and bad taste in milk is worldwide. Specially trained milk flavor/ taste evaluators are used in advanced countries to detect and categorize off-flavors and bad taste of milk. Milk is generally considered to have a flavor defect if it manifest an odor, a foretaste or an aftertaste, or does not leave the mouth in a clean, sweet, pleasant condition following tasting (Alvarez, 2009).
In Pakistan/India, the problem of bad odor in the milk is especially common in spring season and is generally associated with the presence of certain weeds in berseem. The problem is sporadic and affects only some animals in the herd. Not all herds face the problem. Boiling of milk with bad odor may lead to the presence of bad odor in the kitchen. Tea prepared or curd made from such milk also carries bad odor and a bad taste. In some affected animals, it is a late lactation problem. Problem may persist for months. Sometimes, a bad odor is also detectable from the body and mouth of the affected animals. Addition of wheat straw to fodder generally reduces the severity of the problem. American Dairy Science Association (2005) categorizes the off-flavor of milk into 4 major (A-B-C-D) groupings: Absorbed (‘barny’, ‘cowy’, feed, garlic/onion), Bacterial (acid, bitters fruity/fermented, malty, rancid, unclean [i.e. psychrotrophic]), Chemical (astringent, cooked, lacks freshness, light oxidized, metal oxidized, rancid) and delinquency (flat, foreign, salty, unclean). A ‘cowy’ flavor defect denotes a distinct cow’s breath-like odor and a persistent unpleasant, medicinal or chemical after taste. The difference between ‘cowy’, ‘barny’ and ‘unclean’ off-flavor is that of intensity of bad odor or taste (Alvarez, 2009).