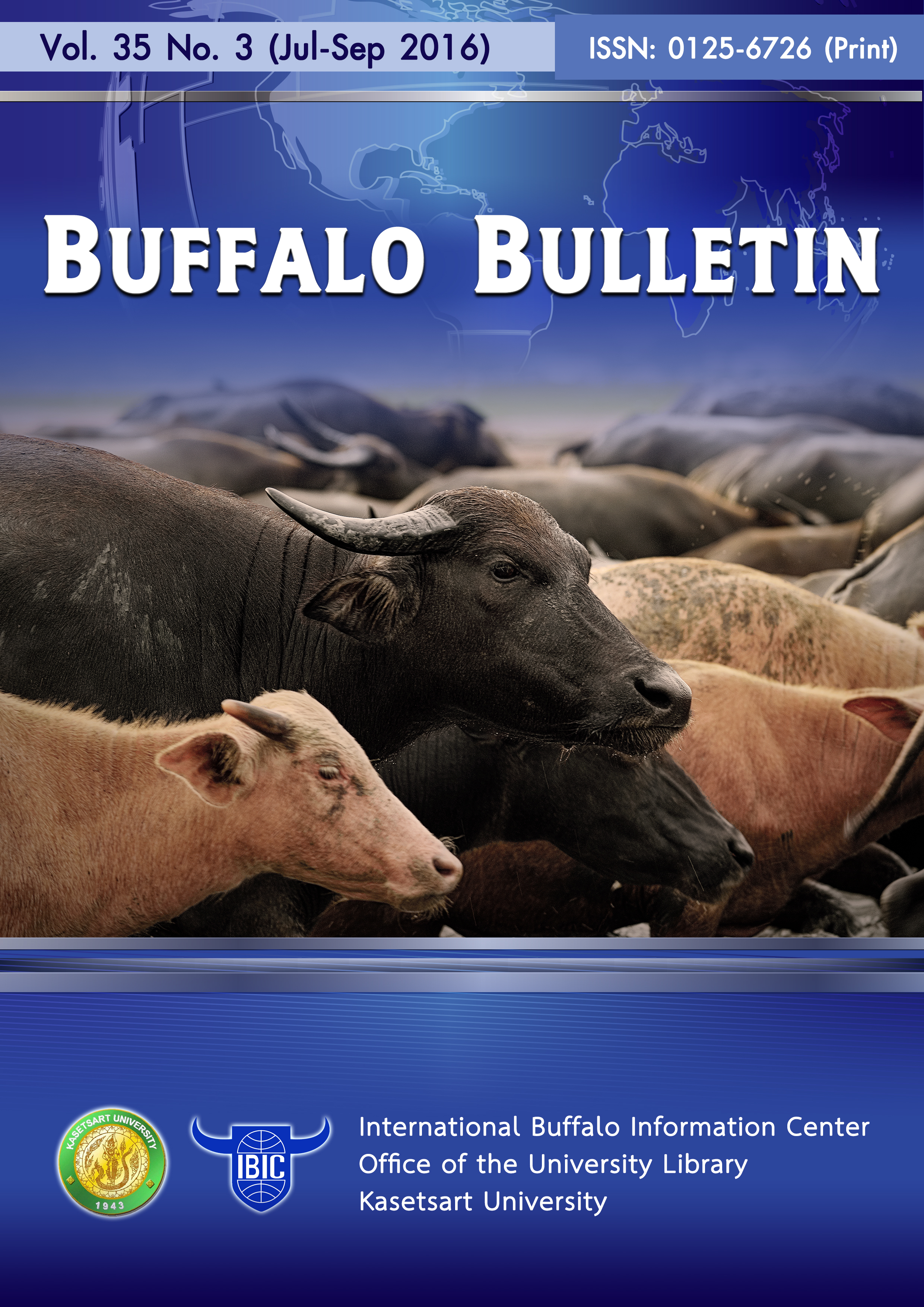 β4GalT-I interacts with α-lactalbumin to form the lactose synthase in mammary gland. Considering the biological function of the lactose synthase complex, β4GalT-I gene can be considered as a candidate gene for milk production in dairy animals. The bovine β4GalT-I gene, 3,283 base pairs in length, is mapped on chromosome 8. The present research work was planned to identify the polymorphism in β4GalT-I gene in Nili Ravi buffalo. Blood Samples were collected, DNA was extracted and primers were designed for PCR. After amplification, PCR products were sequenced for the identification of allelic variation. Thirteen polymorphic, six in coding and seven in noncoding region of gene, were identified. This is a first report toward genetic screening of β4GalT-I gene at molecular level in Nili Ravi buffalo. The present study will provide a better selection to develop association of identified polymorphisms with production traits in buffalo population.