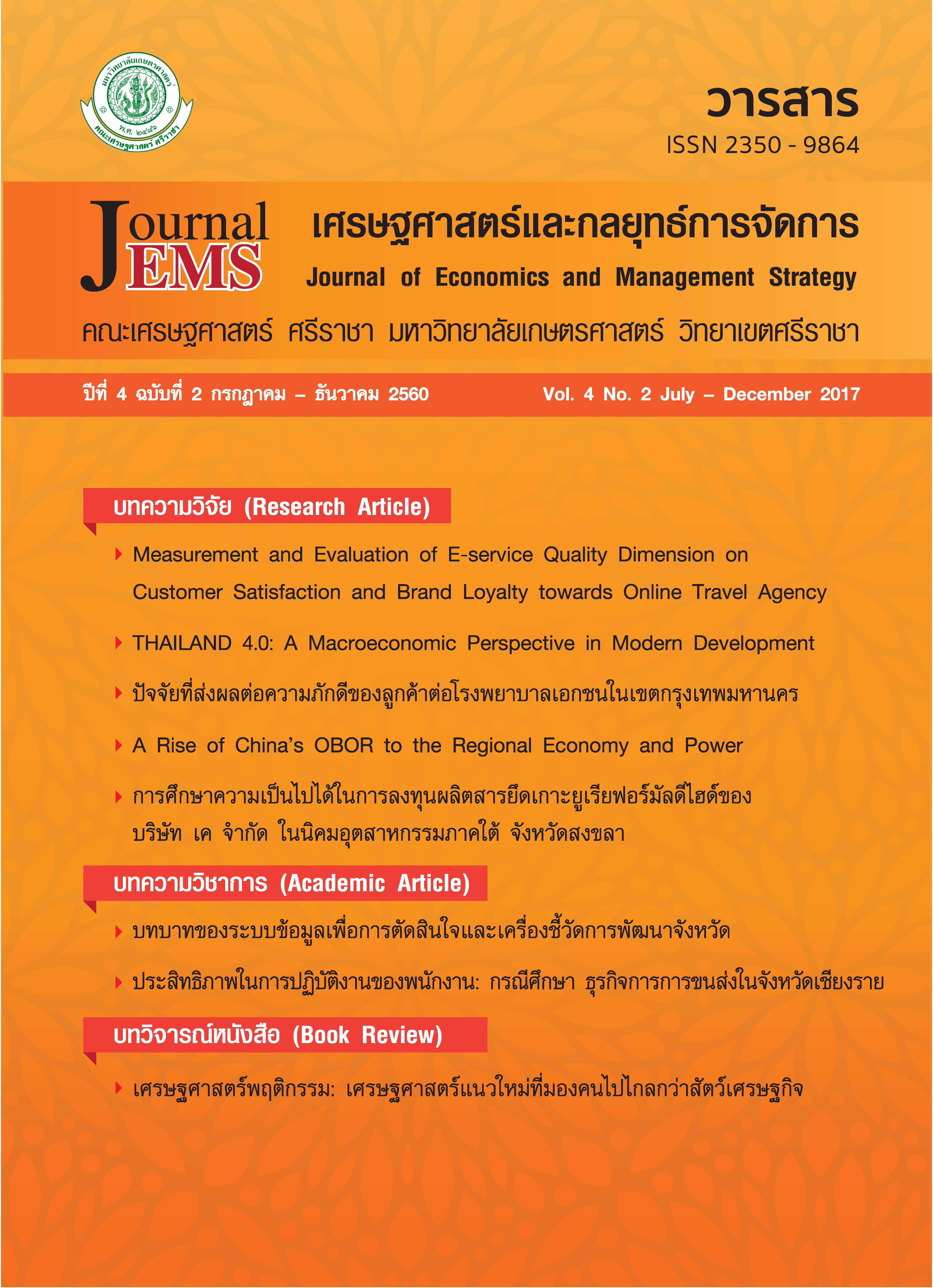 Since President Xi Jinping released China’s One Belt One Road (OBOR) in 2013, OBOR has steadily gained international interest. This year 2017 China has hosted its largest highest-level international conference the Belt and Road Forum (BRF) which gathered leaders of 29 countries and over 1,000 representatives. The aim of this paper is to identify how China’s One Belt One Road will affect countries along its development route. This paper applied the secondary documentary research techniques to explore this development in four different aspects Economic Growth, Infrastructural Development, International Relationships and Mutual Benefits to identify and whether OBOR is worthwhile. The study found one-way causal relationship between China’s outward investment and GDP growth of 5 countries along the maritime silkroad namely India, Russia, Indonesia, Iran and Thailand.