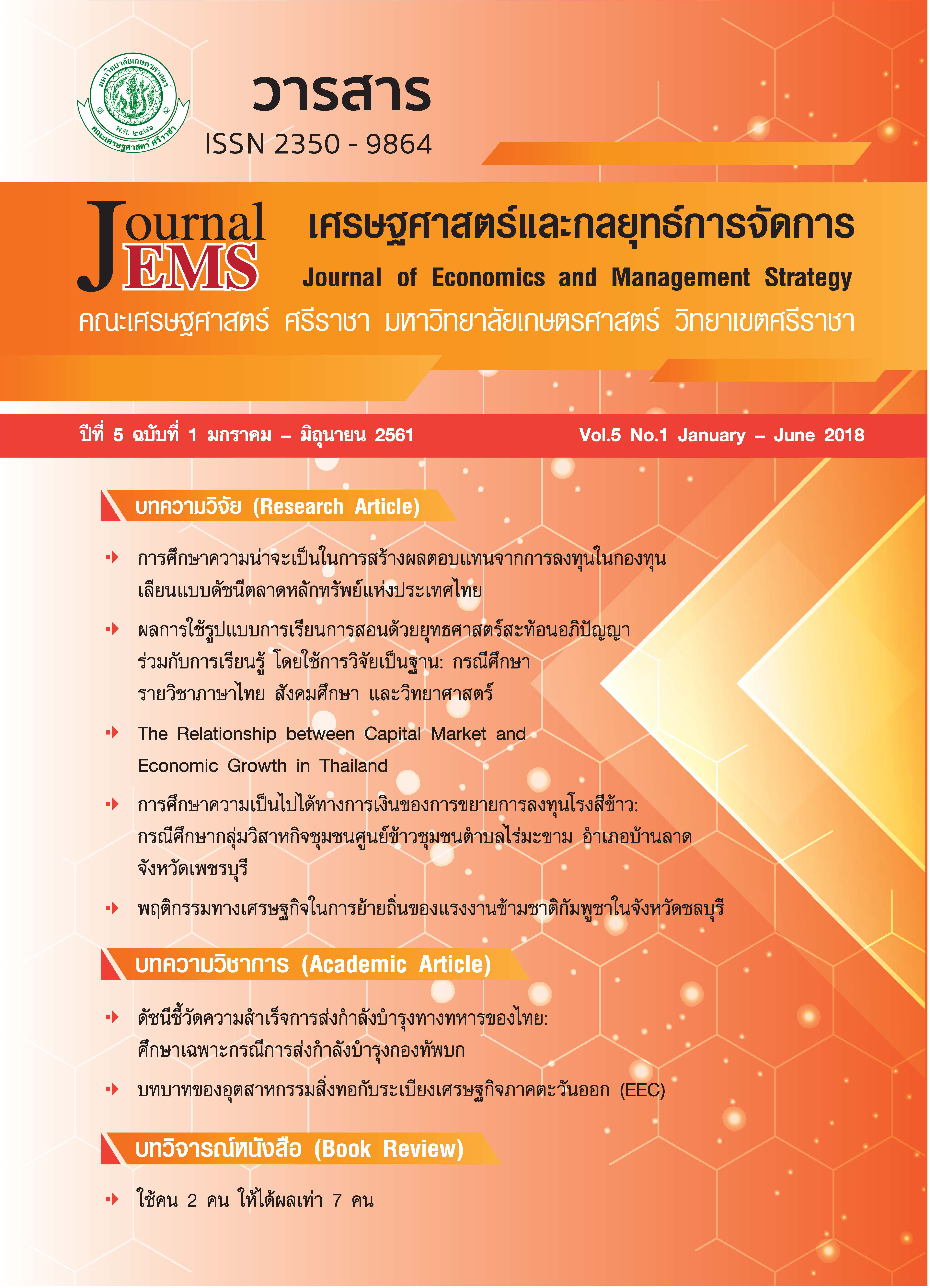 The objectives of this study were 1) to study the situation and factors that affect the migration of Cambodian migrant workers to Chonburi province in Thailand and 2) to estimate the economic value of migration, and to analyze the cost and income sensitivity of the migration of Cambodian migrant workers to Chonburi. The case study research method was used (60 case studies), and the data were derived from interviews and were analyzed using descriptive statistics and qualitative data analysis. It was found that most of the individual were of working age and the average duration of living in Thailand was about 4 years and 6 months. They migrated from their former occupations in agriculture to be laborers in the construction industry in Thailand. Most of their work conditions were legal. They mostly saved money and returned it to Cambodia in a large proportion compared to their household income in Cambodia. The factors that were seen to drive Cambodian migrant workers to work in Thailand were economic, such as comparative wages and employment opportunity. It was found also that for all of the Cambodian migrant workers migration was worthwhile according to a positive value of net present value (NPV). Considering the sensitivity of migration, it was found that even with a 10% increase in the cost of moving to Thailand or a 10% decrease in the income from working in Thailand, the results of the migration still made it worthwhile for them. In addition, for the migrant workers that came to work in Thailand during the first year, the lowest household income per day still made it worthwhile for them to migrate to Thailand at 794 baht.