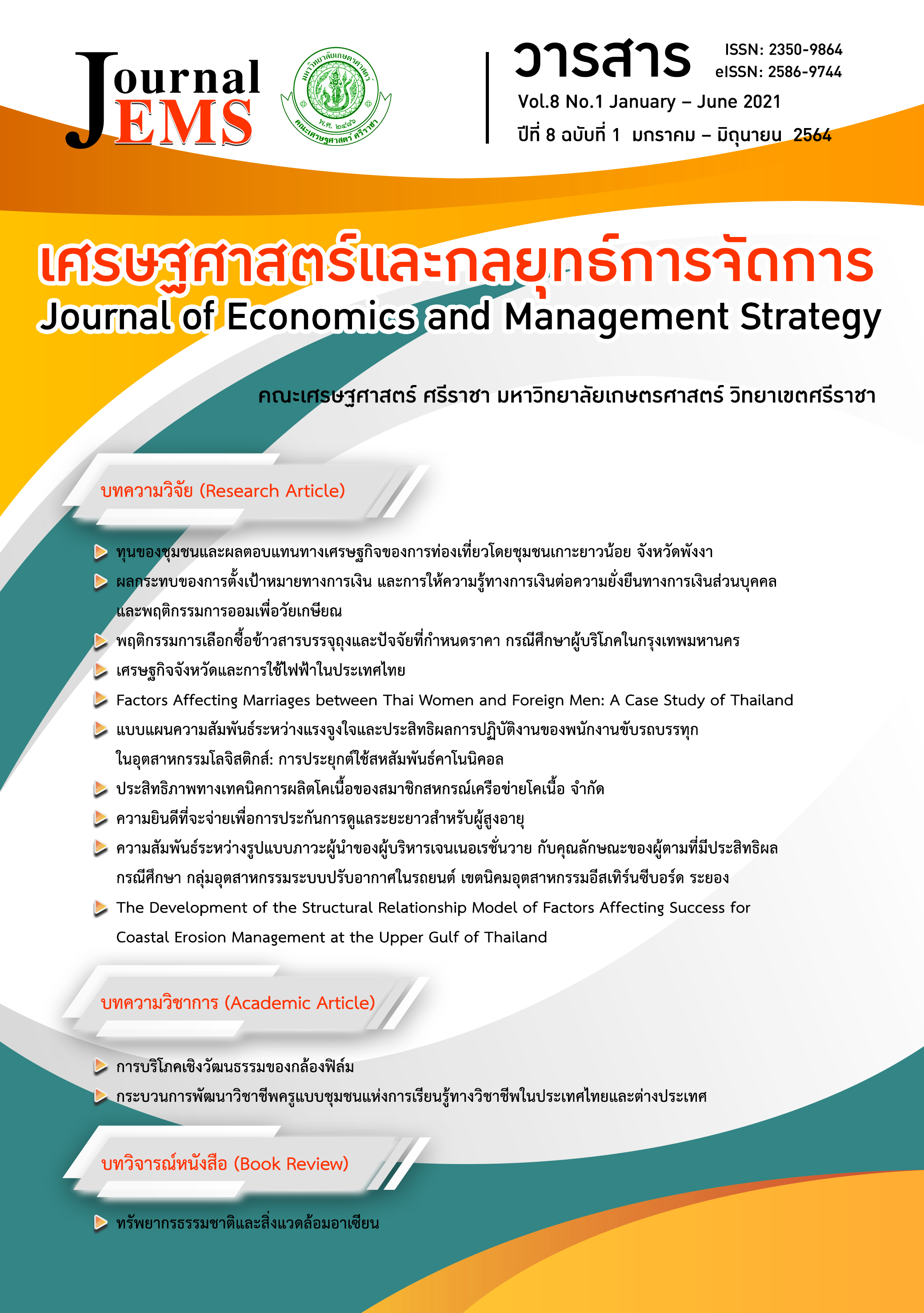 ABSTRACT
The objective of this research was to examine the factors affecting marriages between Thai women and foreign men, including those that have had a long married life. The target group was Thai women living in Udon Thani Province, Thailand. This was a mixed-methods research that used questionnaires in order to obtain the quantitative information and a protocol of semi-structured interviews for the qualitative research. In order to collect the data, snowball sampling was utilized for distributing the questionnaires. Together with multiple regression analysis, statistical methods such as means, percentages, and standard deviations were used. The result revealed that the average age of Thai women under this study was 35.84 years old and they possessed the average incomes of 14,230 baht per month. The average income of the foreign spouses was 82,420 baht per month. More than 76% of the Thai women had gotten married twice or more. Analyzing the correlation co-efficiency in order to test the variable relationship, it was found that the age and the number of children were positively correlated with the years of marriage. These factors were statistically significant at the 0.05 level with a correlation level of 0.348 and 0.497. Locus control had a positive correlation with the years of marriage and was statistically significant at a level of 0.02 with a correlation level of 0.019. On the other hand, the levels of education and income were negatively correlated with the years of marriage, which were statistically significant at the 0.02 level with a correlation level of 0.377 and 1.500 respectively. All of the independent variables in this study explained 50.01% of the variation of years of marriage (R2= 0.5001).